They sell some amazing speakers, amplifiers, MasterClass software, and some super cool recordings. They are using MyMuse 4 to present and sell the albums recorded by the legendary Mark Levinson. 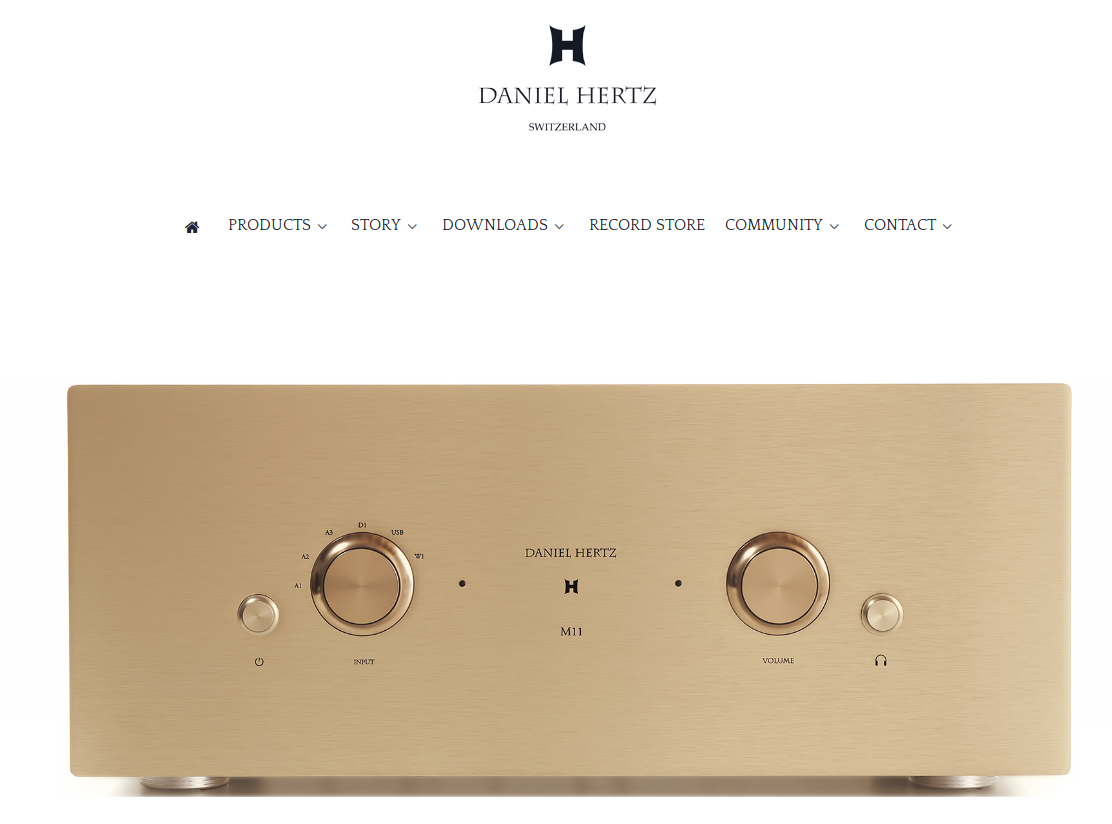 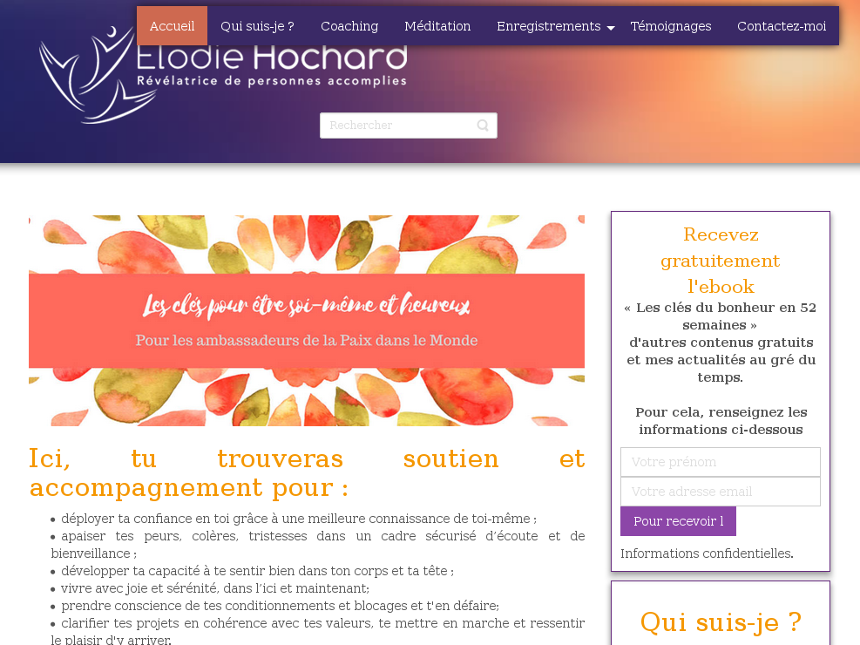 A Revealer of Accomplished People

Sound Liaison. Frans de Rond and Peter Bjørnild ... are producing recordings available in 24-bit/96kHz downloads that mirror the master recording. And man, are they ever sweet. I've seldom heard recordings that were so successful in both performance and sound aspects.

Now with the new MyMuse "Stripe Plugin" it is easier to pay for these audiophile releases.
Sale on now! 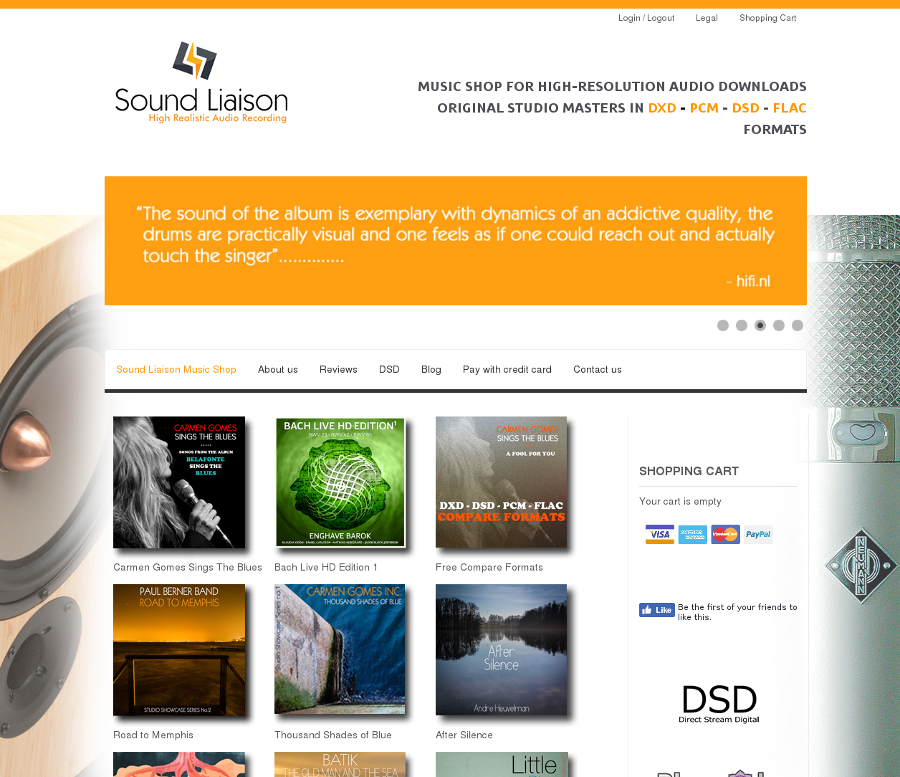 An amazing site featuring the different labels of NexGen Music Group: NexGen, Migration and Affectionate Grooves. Owner Daniel Clarke has done amazing things using the Mixitup Javascript library with MyMuse to create a site that is visually beautiful and so easy to use. His customizations of the views for categories, individual products, cart and mini-cart have brought MyMuse to the next level. All cheers for NexGen! 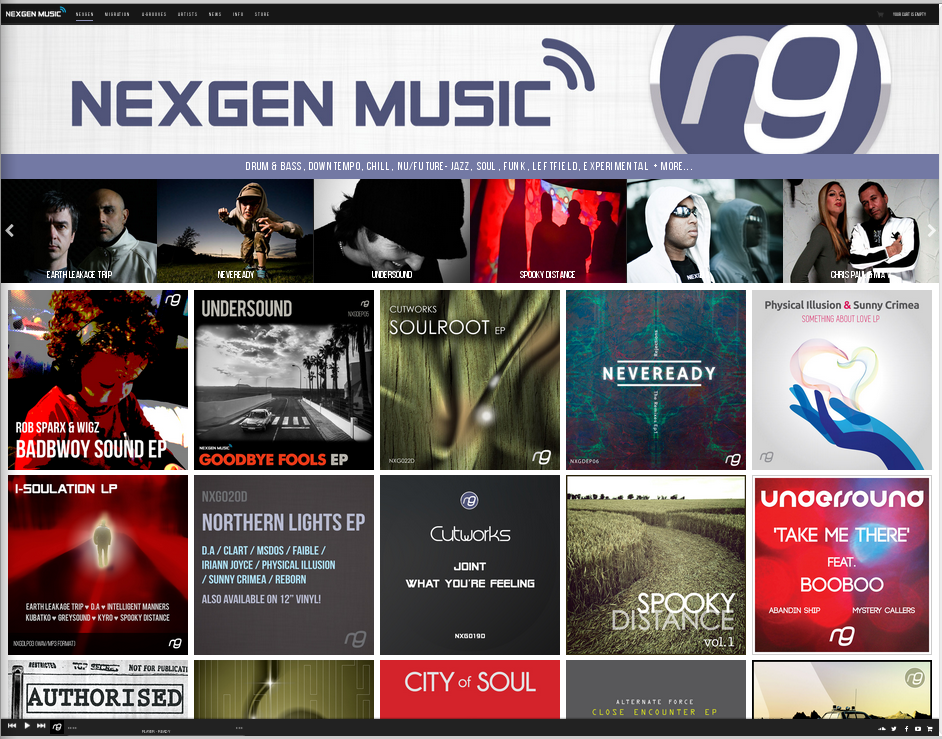 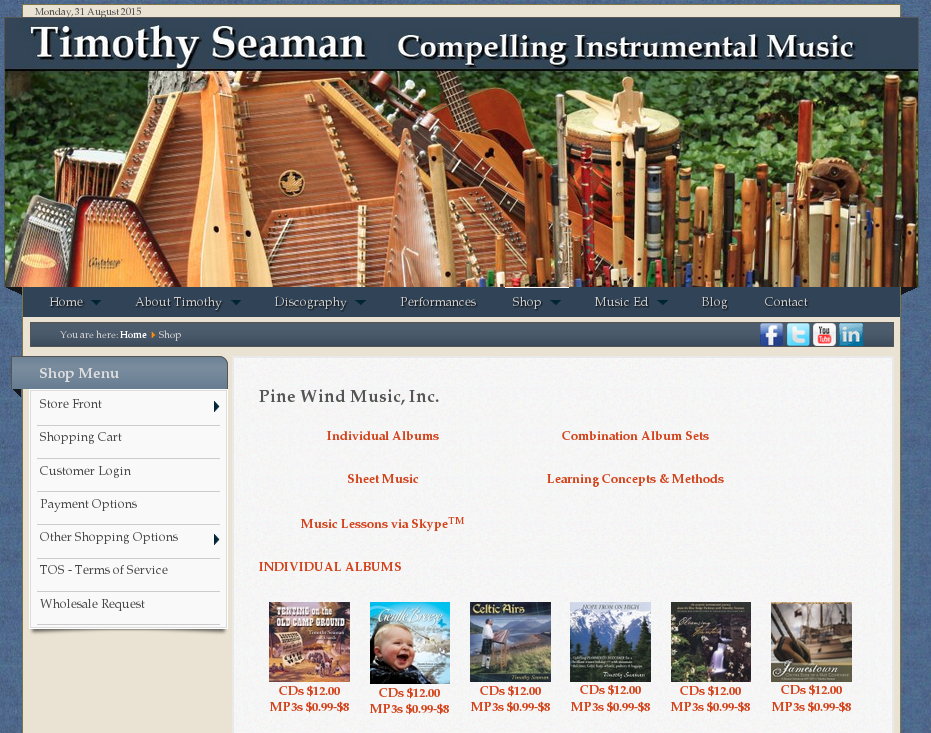 Our featured site is Krystal Audio. Created by Kristina Klioryte.

Kristal Audio specializes in the promotion of music created by musicians of Lithuanian origin worldwide. Traditional, folk, classical, popular and rock songs, instrumental music, as well as children's stories and poetry in a variety of languages reflect the unique talents of our community. Kristal Audio, a world of music to listen to, discover, and love. 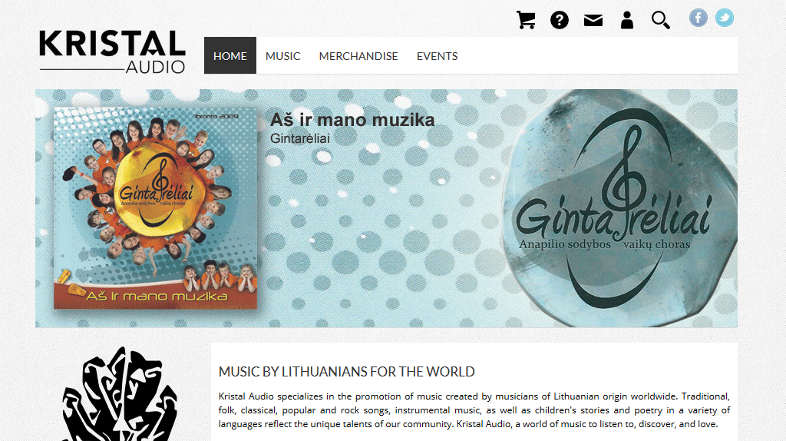 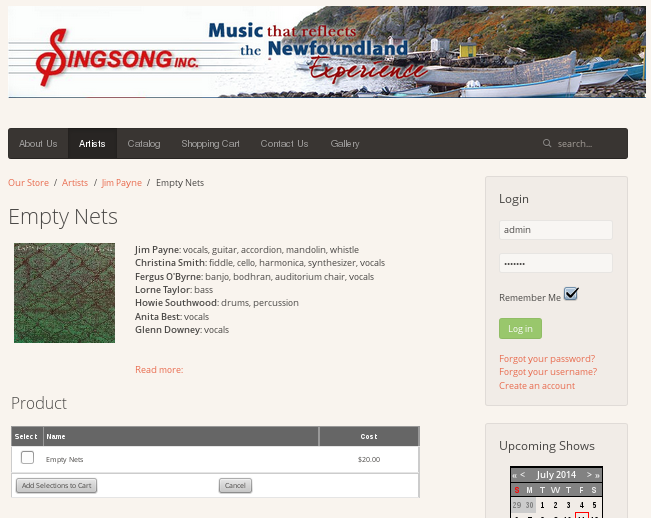 SingSong Inc. is a Newfoundland and Labrador recording company owned and operated by performing artist Jim Payne. It was started in 1989, and is dedicated to traditional and contemporary music, story, song and dance that reflect the Newfoundland experience. The label has 27 currently available titles, making it the largest dedicated traditional music label in the province.

It is also the site that inspired MyMuse! He had a pure HTML site that was impossible to maintain. "Let me build you a shopping cart on Jooma!" I said. Jim just updated to the latest 2.5 version.